As someone who a number of years ago started to run ,I assumed ,admittedly not giving it much thought that ..the world was indeed flat and when one reached the end of a marathon,I’d fall over the edge.A number of years later, it seems the world is not flat and marathons…well they were the start..not the end.Mark Caldwell I will put in the category of one of the people who questioned the validity of their being limits to our capacity to endure!..here’s a little snapshot of his C.V.(and is by no means in its entirety!)
He has finished the Spine Race(Twice!!) ,to the uninitiated or non runner …it’s 268 miles long,described accurately as Britain’s most Brutal race,covering the entire Pennine way!,it’s as if satan himself devised the race!…If you fancy it..or think I’m being dramatic ,here’s a link .
http://thespinerace.com/
Mark has also completed the spine challenger ,2nd place over a mere 106 miles!..he has also completed the triple crown of The Highland fling 53miles, West Highland Way 96 miles ,and the Devil of the Highlands 42 miles!…the triple crown means this was done in one year!!..
So I think we can say Mark has an active lifestyle…So let’s meet his canine companion! 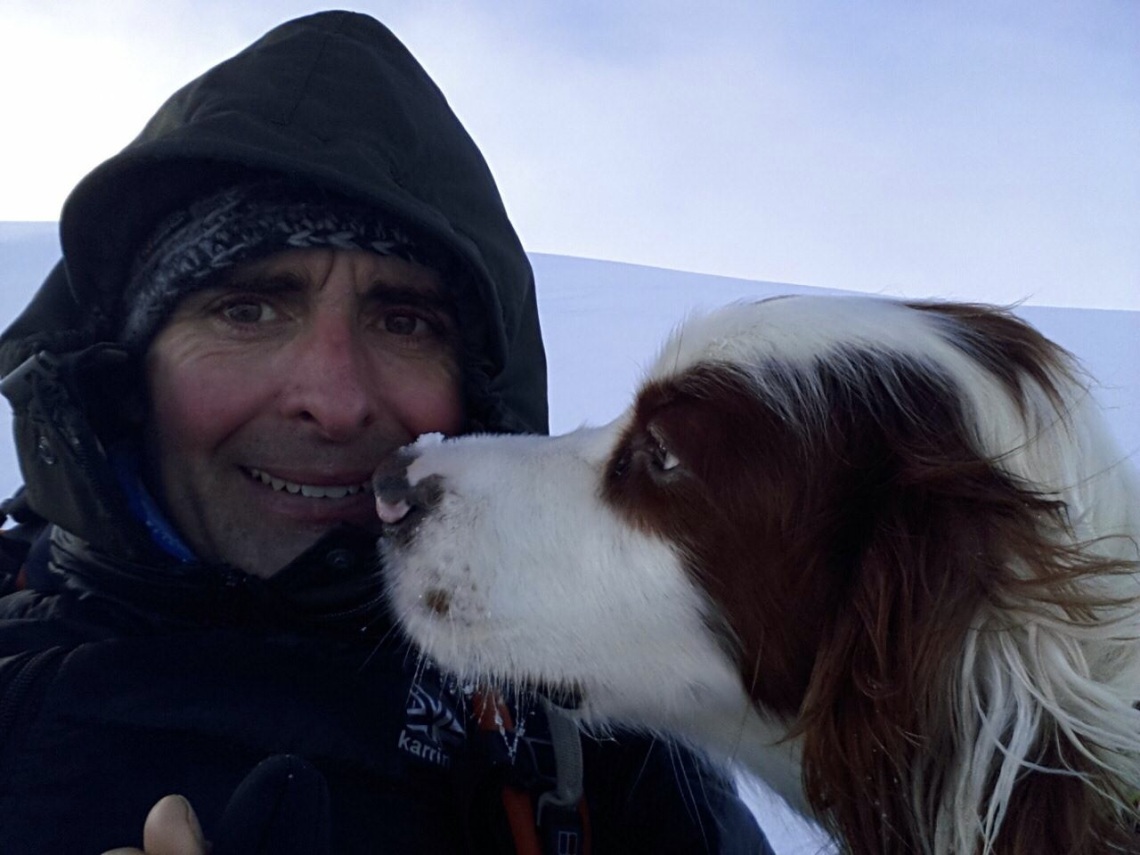 Soda is a Red and White Irish setter…a beautiful dog whose ancestors actually go back beyond the better known Red setter,personally I like the red and white but for a time the desire for one colour brought the red and white close to non existence!.The dual colour made it easier to spot in the field too so functionality won out thankfully !.The key to choosing this breed is …have you the time ,energy ,motivation to walk this dog to quench its thirst for action…one could suggest an hour twice a day may be required!..that’s a lot of walking unless your Mark of course .Soda is capable of covering a nice three days in the mountains….so what we can say is Soda and Setters are not going to thank you if you leave it on your living room sofa!.
They are a great family pet though ,loyal and fun!….but like all dogs I think it’s very important to understand their original purpose before deciding on choosing one !.
So ,thanks to Mark and Soda for allowing me bring a tiny snippet of their story to my blog,I look forward to hearing more of their adventures.